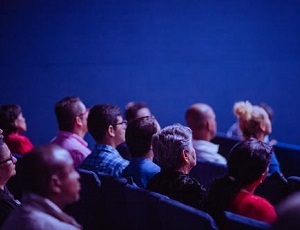 The Culture Commission of the Jagiellonian University’s PhD Student Association invites you to choose which film we will watch during the next edition of the Doctoral Students’ Film Club, which will take place on Thursday December 15th.

You can vote up through Sunday December 4th using the following link:

Bardo, False Chronicle of a Handful of Truths is an epic, spectacular, and enthralling experience that tells the intimate and moving story of Silverio, a well-known Mexican journalist and documentarian living in Los Angeles. After receiving a prestigious international award, he is forced to return to his homeland, completely unaware of the fact that this ordinary journey would bring him to his existential limits. Silverio's memories and anxieties are permeated by the present, filling his everyday life with a sense of bewilderment.

Silverio is confronted with universal yet intimate questions about the identity, success, mortality, and history of Mexico as well as strong bond with his wife and children, searching for a response to the question of what it means to be a man in these peculiar times.

Silverio Gama is played by Daniel Gimenez Cacho, whose acting skills are on full display. Shot on 65 mm film by Oscar winner Darius Khondji, Bardo was written by Iñárritu and Nicolás Giacobone (who won an Academy Award for his screenplay for Birdman). Bardo, False Chronicle of a Handful of Truths is Iñárritu's first film shot in Mexico since his world-famous 2000 film Amores Perros. Eugenio Caballero (Roma, Pan's Labyrinth) was responsible for the film's set design, while Anna Terrazas (The Deuce, Roma) designed its costumes.

It's December 1981. Marianna, a devout Catholic, decides to take advantage of a family ceremony - the christening of her youngest grandson - to reconcile her children, who have been estranged for years.

Marianna is unexpectedly prevented from doing so by General Wojciech Jaruzelski, who on that day introduces martial law. Wanting to complete the process of family reconciliation, Marianna decides to hide the truth about Poland's political situation from her children. This seemingly small lie will lead to an avalanche of unexpected events that will be difficult to stop.

All Quiet on the Western Front, Germany 2022, dir. Edward Berger

All Quiet on the Western Front is the moving story of a young German soldier on the western front during the First World War.

Paul and his comrades in arms experience firsthand how the initial euphoria that accompanied the outbreak of the war gave way to fear and desperation when their turn to fight in the trenches came. Directed by Edward Berger, this film is based on Erich Maria Remarque's world-famous novel. The German edition of the book appeared in January 1929, selling one million copies in Germany and another million abroad in its first year.